5 Steps for Re-engaging Your Subscriber Lists (and Saving Money) 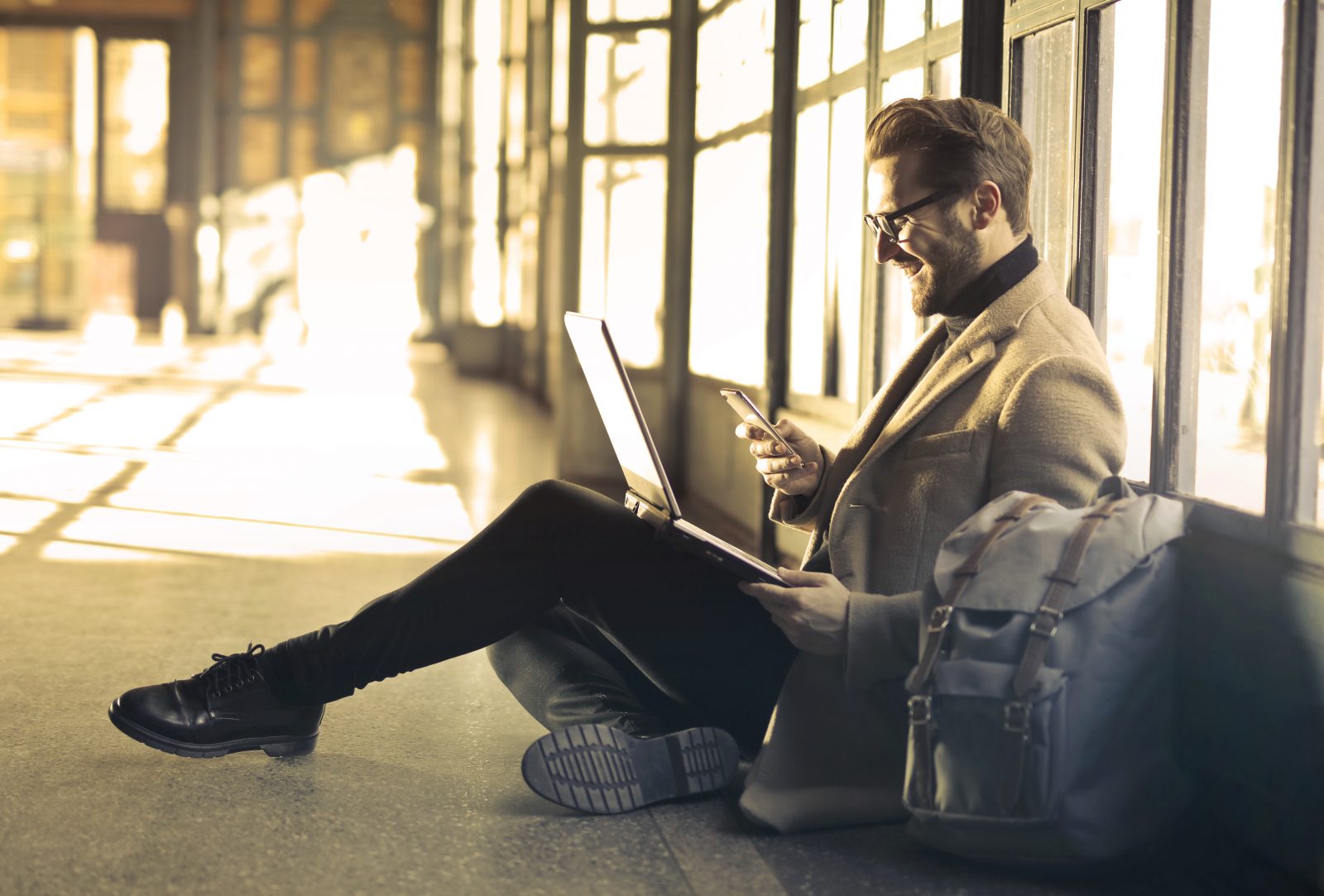 Are your subscribers as active as they could be? Read on to learn how to identify who’s still paying attention, use re-engagement techniques for those who aren’t, and improve the relationship you have with the people on your lists.

All email marketers have inactive subscribers who haunt lists and cost money with seemingly little return. Having a subscriber with no opens recorded can mean a number of things. Regardless of the reasons for staying quiet, having too many subscribers not engaging with your campaigns—that is, opening, clicking, and more—can be costly.

Conversely, engaged lists mean better inbox placement and return on your email spend (ROI). Let’s walk through how to measure engagement, how engagement affects ROI, and how to create a re-engagement campaign.

How engaged are your subscriber lists?

Good email marketing is about sending high-quality content to a list of people who’ve chosen to receive content from you. “Engagement” is its measure. Most frequently, it’s represented by the ratio of opens and clicks over a period of time.

We took a look at 18,000 active subscriber lists (being those that were used to send a campaign in 2013) and categorized them with a couple of novel names, to help you identify different levels of engagement in your own lists. Note that subscribers who hadn’t been sent a campaign yet weren’t included:

It’s pretty shocking to see that, on average, 40% of subscribers can be classed as “Zombies”—that is, they’re perpetually unengaged—likely because they’ve abandoned their email address, left a job, or filter their mail overzealously. While this is concerning, it also means that there’s a lot of room to improve your engagement rates and your return on email spend (ROI).

Getting more value from your campaigns

The link between having list engagement and ROI is fairly straightforward. An engaged list loves the content you’re sending and, as a result, opens, clicks, and visits your site. So what if you measured your list and have found it to be teeming with Zombies? It’s time to actively re-engage subscribers.

Using this 5-step re-engagement plan, you can get back into your subscribers’ good books. It may seem like a little work, but the results can be totally worth it—with less money being spent on inactive subscribers and higher engagement.

In order to properly re-engage email subscribers, you’ll need to have a plan in place. Here at Campaign Monitor, we have a simple 5-step re-engagement plan that we want to share with you.

Identify any subscribers who haven’t opened one of your campaigns in 12 months (assuming you’ve sent a few in this time)—you can segment them using custom fields.

Put your best foot forward and send a “we want to make sure you still want to hear from us” reconfirmation campaign to these subscribers. For example, you can send a special promo, a thank you note, or actively ask for their feedback. Keep in mind this should be a pull-out-all-the-stops, best content, best offer kind of email, because this is the last chance you have to impress.

Step 3: Pat yourself on the back.

Following the re-engagement campaign, it’s time to turn to your reports. If a couple of subscribers have engaged with the email, well done. We’ll hopefully see activity from them in the future.

If your Zombie subscribers don’t open or click on the re-engagement campaign, it’s time to say goodbye. It may seem like you’re getting rid of potential customers or “hard-earned signups”, but the reality is that they’re likely doing more harm than good by hanging around.

While one benefit to cleaning up this group is that you’re saving money by not sending to people who aren’t interested, the main upside is that you’re removing the deadweight from affecting the performance of the rest of your list. The engagement level of your list as a whole will improve, which should result in better inbox placement. That means your emails have a better chance of being seen by those who’re interested in what you’ve got to say, which you should see reflected in your open and click-through rates.

As they say, prevention is better than the cure, so it’s time to up your game and give subscribers less reason to go quiet in the first place. In particular, the first 90 days following a signup are critical, so it’s very important to focus on whether you’re communicating effectively with new subscribers in this courting period. Are you inviting them in, showing them around, making them feel comfortable and being a good host? Using autoresponders to send a welcome series of emails, or post-purchase follow-ups can automate this process, as well as be very effective.

Now that you’ve had a chance to digest our 5-step system to re-engage email subscribers, it’s time to take some actions to make your re-engagement efforts truly count.

Identify when to mark a subscriber as inactive.

The first step to re-engaging your readers is to define what an “inactive” subscriber is. Earlier, we broke down the varying levels of inactivity. However, those metrics can vary depending on the brand. Generally speaking, an “inactive,” subscriber is often described as someone who hasn’t clicked to open an email campaign in six or more months.

While that’s a reasonable place to start, it can be difficult to tell if that’s when you should start targeting those subscribers with a re-engagement email campaign. Again, the definition of an inactive subscriber really comes down to the individual brand’s audience and how often the brand is sending out campaigns.

For example, if you’re only sending out a monthly newsletter and they miss two of them in a row, does that really define the subscriber as inactive? When compared to someone who sends out a bi-weekly newsletter, those two missed emails doesn’t seem nearly as drastic.

So take the time to truly identify what it means for your subscribers to be “inactive” and then, before deciding on whether or not to remove them from your list, give them the option to tell you what they want. Be honest and tell subscribers that you’ve missed them.

Honesty is the best policy—especially when it comes to potentially losing a valuable subscriber.

It costs 5 times as much to acquire a new customer than it does to keep an existing one, so tell your inactive subscribers just how much they mean to you.

Honesty is the best policy—especially when it comes to potentially losing a valuable subscriber. Knowing that a brand cares is essential to keeping a subscriber engaged. This is why personalizing your re-engagement emails is so vital. Personalized email messages help improve click-through rates by 14%, on average, and, by giving your readers a call to action to have them re-engage, it’ll help increase the chances of bringing that customer back.

Don’t forget, including an incentive for your reader is another great way to get them to not only open their re-engagement email but to move them from “subscriber” to “customer.” Giving them a special discount is a great way to tell readers that they’ve been missed and that you want them back.

Create a feedback survey to help identify what readers expect from you.

If you’re noticing that your subscribers are increasingly growing quiet, then it may be time to ask them directly what it is you’re doing wrong.

Feedback surveys are an excellent way to get subscribers involved and to figure out why they aren’t actively participating as much as they may have in the past.

This allows subscribers the chance to be heard and will help them feel as if their opinions truly matter. Of course, offering them a little something extra for their time is an excellent way to get subscribers involved.

Overall, there’s absolutely no substitute for solid content. Furthermore, solid content means nothing if it isn’t worth your reader’s time to open and read. So ensure that your content is personalized to them to ensure they’ll want to read it.

Need help personalizing your emails to your subscriber’s needs? Then you’ll want to check out why personalized email marketing is essential to customer retention.

Learn the essentials that every successful email sign up form should include.

Enjoy this roundup of the best email marketing and digital marketing books, and use them…