How to Work With Influencers in Your Email Marketing 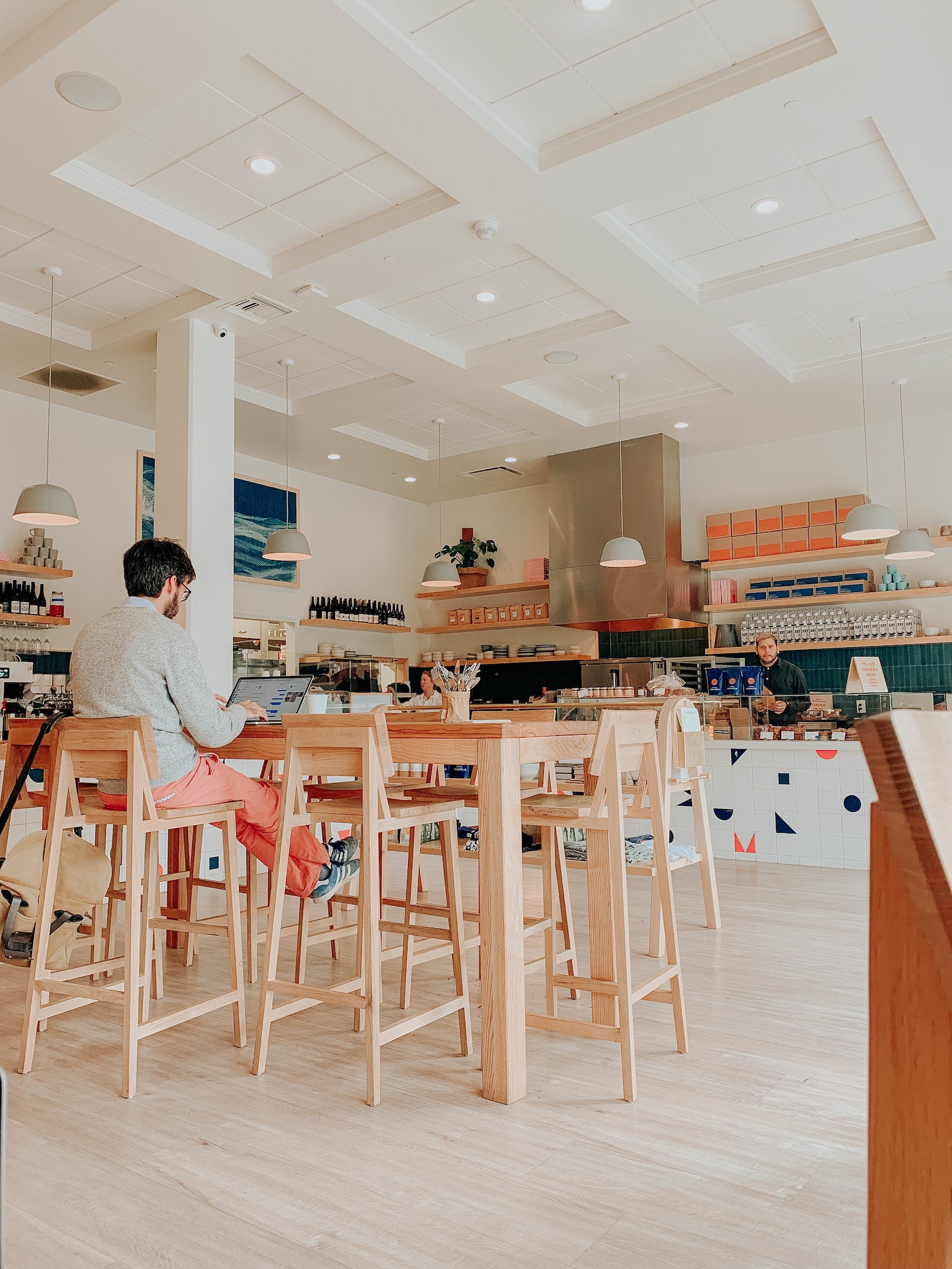 The idea of being internet famous isn’t new. But maintaining a public persona with the intent to monetize online? That’s something the modern influencer phenomenon has turned into fine art.

Even as recently as 2018, more than 70% of marketers said they had no intention of including influencer marketing. But, as an email marketer, being familiar with online influencers is an important addition to your toolkit. Some may even go as far as to say that knowing how to work with influencers is now an essential marketing skill.

Read on to learn exactly what influencer marketing is and how it can benefit your email campaigns.

How does influencer marketing work?

Influencer marketing is all about identifying people with huge followings on one or more of these social media platforms. Effective influencers have closely cultivated connections with their audience base.

Some build their following by focusing on creating content for popular topics, such as fashion or parenthood, and others share their day-to-day routines and bank on aspirational qualities to propel them to fame. And some influencers amass significant follower numbers without intentionally attracting them.

Here’s where the magic happens. When influencers work with brands, their marketers are actually reaching out to the influencers’ followers.

It’s a way to advertise products and services in a relatable and, ideally, organic way. Instead of paying for ads to run on TV or appear on social media feeds, for example, a brand can tap influencers. These online celebrities can talk about products on their own YouTube channels or Instagram accounts. Sometimes, brands create content featuring influencers outside of their typical social channels too.

Why does this work? These days, less than 35% of consumers trust traditional advertisements. In contrast, about 90% listen to peer recommendations.

Influencers are often not their followers’ peers, but this is a role that they inhabit comfortably. Influencer marketing sits on the premise of relatability. No matter how different an influencer’s lifestyle is from their followers, they find ways to connect on some level with their followers.

What are the types of influencers and how are they different from each other?

There are three basic types of influencers, differentiated by follower count:

Another way to categorize influencers is through what makes them popular in the first place.

For example, Nikkie De Jager is a top Instagram influencer with more than 13 million followers. However, she started as and is best known for being a makeup tutorial content creator on YouTube.

Will learning how to work with influencers improve your email marketing campaigns?

Yes. In fact, you may have already experienced better email campaign performance due to influencer marketing.

Have you ever included customer reviews or user-generated content in your marketing emails? Even if the content in question didn’t come from influencers, the tactic should’ve clearly illustrated the power of social proof.

It’s more than an advertising gimmick. People typically value outside opinions, especially when they come from unaffiliated third parties. If social proof weren’t real, companies like Yelp or TripAdvisor wouldn’t find much success in what they do.

The most important thing to navigate in influencer marketing is to find the right person to partner with your brand. Bigger numbers aren’t always better, and reach is less important than realness.

Your chosen influencer should have a persona and values that don’t clash with your brand identity and mission. It should make sense for them to use and endorse your brand’s products or services.

A bad fit will hurt both your brand and the influencer, particularly if you’re marketing to a young audience. Millennials and Gen Z don’t appreciate a hard sell, and scripted posts rarely go over well, no matter which age range you’re targeting.

Still struggling? Learn from the examples below.

As we’ve mentioned earlier, consumers love crowdsourcing opinions before deciding on a final purchase—particularly if they’re Gen Z. That’s why influencer marketing works so well on them.

How can you apply this knowledge to email marketing? You can display customer-made content in your messages, preferably with photos. The latter helps the reviews feel more trustworthy because your subscribers can match a real face to the words they’re reading.

In the Eight Sleep email above, three different athletes—likely micro or middle influencers in their own right—talk about their customer experiences with the brand. In addition to including photos and listing the people’s professions, the five-star rating visuals are a nice touch.

2. Find micro influencers that could be peers with your ideal customer.

Micro influencers generally have stronger and more genuine engagement. This is important because more than 85% of consumers insist that authenticity plays a big part in how they choose which brands to support.

The price point for collaboration is also often much lower than those of influencers with much larger followings.

There’s also a lot more of them to choose from—over 150 million people. More than 15% of all Instagram users count as micro influencers.

3. Allow influencers to share opinions and tell stories in their own words.

Any content strategy plan should center on a human connection before it’s optimized for online search engines.

This is particularly powerful when applied to middle and macro influencers. As follower count rises, the need for an influencer’s personal touch increases. It’s like reading a celebrity interview. Even if everything else isn’t relatable, stories from these influencers work because they’re windows into their worlds.

Clothing company J.Crew is a much bigger brand than Fetching Fields, and the distinction shows even in their choice of influencer. According to a Goop feature, Sylvana Ward Durrett worked at Vogue for 14 years and even once planned the Met Gala.

With a little over 20,000 Instagram followers, Durrett is a middle influencer—but one with an impressive resume. Her stories, read with her background in mind, are significant endorsements of the brand’s products.

4. If your brand has a built-in influencer, use them.

Let’s stay on the subject of Goop for a moment. More than 10 years ago, actress Gwyneth Paltrow launched the brand through a newsletter sent from her kitchen.

Today, what started as a mailing list idea has turned into an alternative wellness brand of sorts, with an attached online store and varied content creation arm. In the email below, Paltrow herself acts as the macro influencer of the company.

It’s important to note here that this tactic could lead to negative consequences.

As both founder and influencer, it’s difficult to separate the mission and vision of Goop from those of Paltrow. When people question her decisions and beliefs, her company’s reputation is likewise scrutinized.

As an email marketer, you probably don’t have the decision-making capability to suggest or approve creative collaborations with influencers. However, if your brand enters into a partnership such as this, it’s well worth running one or several marketing campaigns capitalizing on the fact.

In most cases, marketing at this level helps both the brand and the influencer. You’ll likely have more than enough material to include in your emails.

Like many other professional basketball players before him, Stephen Curry is well-known as a brand endorser with his own line of footwear. The Under Armour email above is a great example of a mutually beneficial product collaboration.

Interested in partnering with an influencer for a marketing campaign? Choose a person that’s compatible with your brand’s identity and beliefs.

Here’s how to work with influencers as an email marketer:

After mastering the ins and outs of influencer marketing, what’s next? Learn about the most effective marketing strategies for 2020 to further diversify your email campaign strategy.

Consumer desires are shifting. Stay ahead of the marketing trends that Millennials and Gen Z...

How to Build Your Marketing Campaign Calendar

The Ultimate Guide to Marketing to Gen Z

Use our original research to learn how Gen Z likes to engage with brands through...