Resources Hub » Blog » HTML vs. Plain Text Emails: Everything You Need to Know

HTML vs. Plain Text Emails: Everything You Need to Know 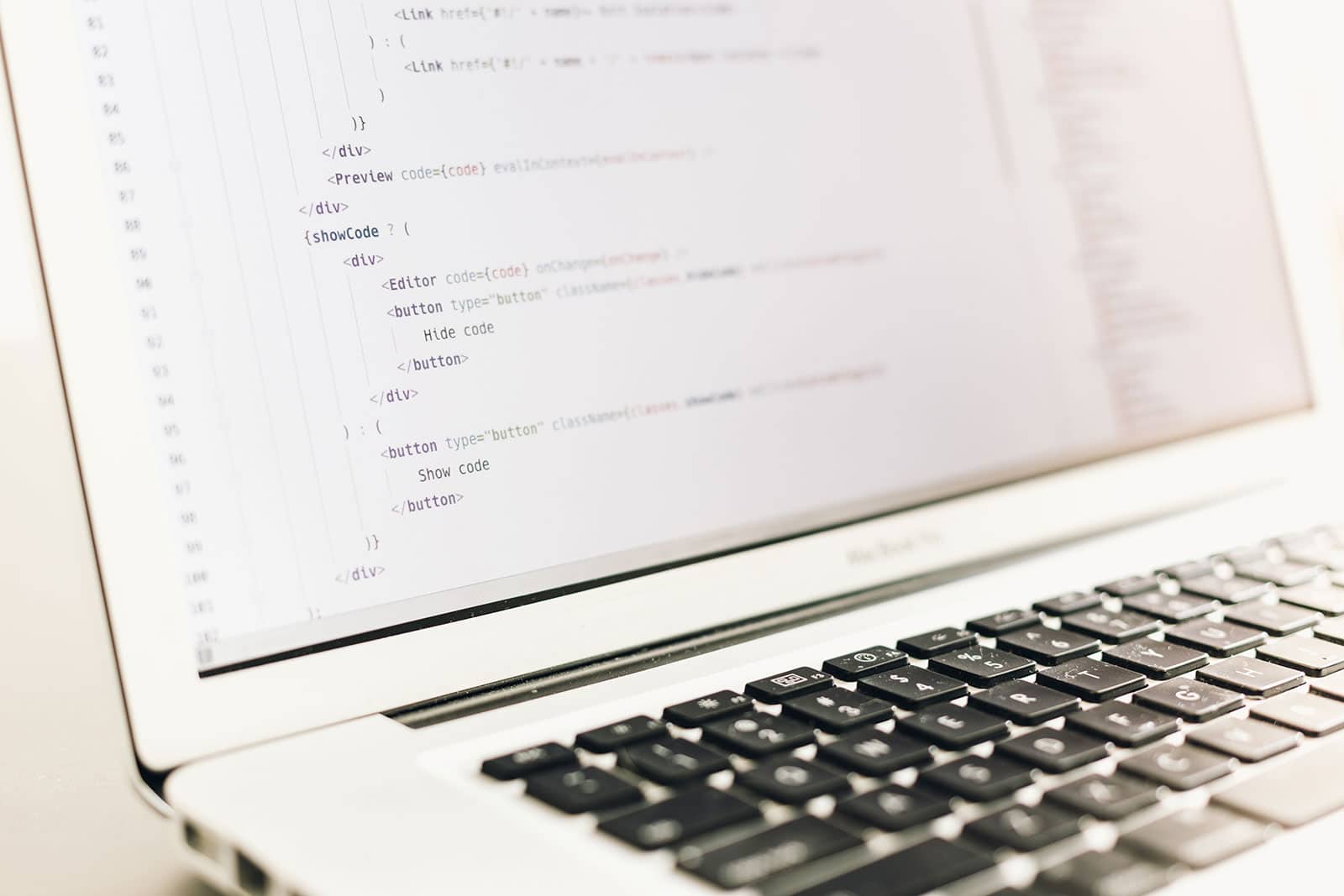 HTML vs. plain text emails–which is better? This debate has been ongoing in the online marketing world for years now. While the answer may seem obvious (HTML, right?), it’s not always that simple.

To get the best email deliverability results, a savvy email marketer should choose which format will best suit the intended audience and purpose.

In this article, we’ll provide a thorough overview of HTML and plain text emails. We’ll also explore the key differences and benefits of each when it comes to deliverability, user experience, visual display, and brand consistency.

HTML, which stands for HyperText Markup Language, is a way to code a document (made out of ASCII text) that lets an HTML reader (such as a web browser) know how to render certain types of information.

You may be an experienced digital marketer and yet not be fully versed in the technical underpinnings of email. For this reason, we’ll elaborate a bit about the main technical differences between HTML vs. plain text emails here.

Understanding how the back-end tech works can help in choosing which technology would work better for various marketing initiatives.

“Plain text” is just how it sounds– plain, simple text, without any enhancements. It is text without additional fonts, designs, or colors added. With plain text email, you won’t see additional graphics or embedded multimedia. Even links aren’t embedded in plain text email.

In the early days of the internet, before web browsers were what they are today, email was king. In those early days, all emails were plain text emails. More specifically, emails, at least in the United States and other English-speaking countries, were sent via a specific type of text, called ASCII.

ASCII stands for the American Standard Code for Information Interchange. This code, developed in the 1960s, was solidified as a code base in 1986. ASCII text is comprised of a certain set of specific characters, including all the letters in our English alphabet, numbers, punctuation marks, and some symbols.

Standard ASCII is limited to this set of characters. It provides absolutely no information about font, size, and color. When these characters appear in an email, it’s entirely up to the email program to choose how to display them. The same email in ASCII might be displayed in a 12-point Times New Roman font in black on one computer but a 10-point purple Arial font on another.

Furthermore, the basic set of ASCII characters is English-language centered. For languages with additional characters like Polish or Russian, expanded or different ASCII sets need to be used.

Given that the initial and only option for email text was ASCII, people came up with a creative way to “decorate” their emails – ASCII art.

ASCII art is a graphic made up of ASCII characters. It works best when viewed with a monospaced or fixed-width font like Courier. These are fonts in which every character takes up the same amount of horizontal space. A proportional font where the letter P might be wider than the letter L ends up ruining the spacing for ASCII art. ASCII art is still created and used today, often on bulletin boards or even online communities like Reddit. Its actual application in email marketing is quite limited. But you could use ASCII art in your content, especially if you’re going for a retro vibe.

Otherwise, when you’re using plain text emails in your email marketing, just know they’re being sent with ASCII text, meaning you’ll have little to no control over their formatting.

Plain text email still has many uses today. It works great for sales letters and updates. Plus, if you’re a salesperson engaging in one-on-one email correspondence, plain text emails are probably better. (Just Ask Leo!) But for most email campaigns, especially retail brands, HTML is the way to go.

Pros: Works on every device, including mobile phones; loads quickly.

Cons: No control over formatting; no ability to include embedded links, images, or multimedia.

Best Practices: Give subscribers an option to receive plain text emails. This isn’t just important for people in areas with slow Internet connections. It’s also better for accessibility (see below).

An email service like Campaign Monitor handles HTML to plain text conversion for you automatically.

Make sure you add enough white space in your plain text to make it readable. HTML, as you may already know, stands for HyperText Markup Language. It’s a way to code a document (made out of ASCII text) that lets an HTML reader (such as a web browser) know how to render certain types of information.

HTML emails have everything plain text emails don’t have: color, style, images, and sometimes multimedia. HTML emails are similar to webpages, only they’re delivered to people’s email inboxes. As such, you can design your HTML email to match your brand and give your readers a more visually engaging experience.

This sounds great, but there are a few things to remember.

When HTML emails first started appearing in the mainstream during the early 2000s, they caused a lot of problems. Whether or not the email would render properly would depend on the email client. Not to mention, Google disabled most HTML features from their popular Gmail service.

That would mean that email marketers would often have to design their HTML emails to either get around some of Gmail’s blocks or just revert to plain text emails. Cascading Style Sheets (or CSS) is the code that determines whether a line of text is in Verdana font or red or blue.

But instead of enabling the embedding stylesheets or including CSS styles in the email header, Gmail HTML emails had to use inline CSS, which was a pain. It is also one of the worst ways to code HTML because it negates the entire purpose of having “styles” to be consistently applied to sections and headers.

Google wasn’t the only problem with HTML emails. With the proliferation of smartphones and tablets, especially by the mid to late 2000s, more and more problems with HTML emails arose. Perhaps the biggest problem was emails’ failure to render correctly on mobile devices.

Fortunately, the rise of responsive design, which really hit its stride by the mid-2010s, made this a lot easier. Responsive design is a way of designing a webpage or an email in HTML such that the design changes depending on the width of the browser window or email reader.

Still, it wasn’t until 2016  that Google finally added support for responsive design for email and expanded its ability to render basic HTML.

People still report problems with CSS being stripped from emails, as you can see in this Microsoft support forum thread from November of 2018.

Another problem with HTML emails is their potential for viruses or phishing scams. They are more likely to be caught in spam filters, and sometimes, antivirus software will automatically strip all CSS styles from the HTML email, leaving it a shell of its former self.

Despite these problems, the majority of email newsletters sent out today utilize HTML, meaning it’s here to stay. HTML emails can be beautiful, engaging marketing pieces, and they often work well.

However, because email programs and services like Gmail and Outlook are constantly changing, it’s typically better to use an email service platform for HTML newsletters. An ESP can handle all the nitty-gritty of HTML for you. Campaign Monitor will also automatically send a plain text version to subscribers who request it, or when an email reader can’t read HTML.

Cons: CSS can be stripped. It can include viruses and scams and is more likely to be put in the spam box.

Best Practices: Make sure HTML emails are responsive. To be on the safe side, keep the design simple and streamlined. Use a tried and tested email list management service (like Campaign Monitor), which integrates HTML email standards for you.

Key differences and benefits of HTML vs. plain text emails

While HTML email still has issues, most notably with compatibility, it still wins in the end. Plain text emails are often reliable in terms of email deliverability. Still, when it comes to overall user experience, visual display, and brand consistency, HTML wins out, hands down.

Here are a few other things to consider:

HTML emails are better when it comes to tracking and analytics. You can’t technically track an open rate with a plain text email, because you need an embedded HTML snippet to do it.

Accessibility is a term that refers to how accessible technology is to people of different abilities. The biggie: Can your email be accessed by a blind person using a screen reader? For this type of application, plain text works better.

HTML email may be slightly more likely to end up in a spam box, but plain text emails could too, especially if you’re sending them too frequently or using a lot of spam language. A reputable ESP will lower the chances of your emails being filtered into spam.

To summarize, both plain text HTML emails have their uses. Remember: 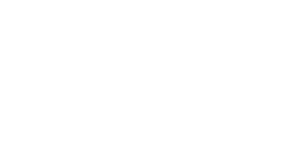